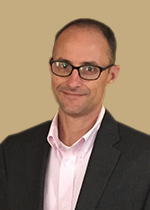 Peter A. Pentony is a partner with WilliamsFord. He provides peace of mind to his clients by listening carefully to their concerns and by digging out the details of cases that help injured victims hold the people and companies that harmed them responsible.

He has spent his career helping local people with their legal problems. After graduation from law school, he returned to Jefferson County, West Virginia, where he grew up and where his family ties go back generations. He continues to handle cases in West Virginia, and has joined WilliamsFord to expand his personal injury and medical malpractice work into Virginia as well.

Pete has substantial experience in tavern liability cases (“dram shop” litigation), involving negligent service of alcohol and inadequate security. Two of his cases have been featured in the National Crime Victims Bar Association Reporter, and he was part of the trial team that obtained the highest wrongful death jury verdict in Jefferson County history, a $2.8 million verdict for the parents of a young man who was killed while working as a flagman in a construction zone.

He received his law degree in 1998 from the Dickinson School of Law of the Pennsylvania State University. In law school, he was the editor-in-chief of the Dickinson Journal of International Law. He graduated with honors from West Virginia University in 1995, majoring in English with minors in Philosophy and Spanish.

Pete is honored to be a member of the bar of the United States Supreme Court, the Fourth Circuit Court of Appeals, US District Court for the Eastern District of Virginia, and the Northern District of West Virginia. He is a member of the West Virginia Association for Justice and the Virginia Trial Lawyers Association, groups dedicated to protecting the rights of injured individuals. He recently presented a seminar about his jury verdict of $3.5 Million Dollars against a drunk driver during Covid-19 to both of these trial bar associations.