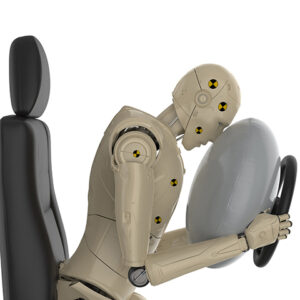 At WilliamsFord, we’ve long recognized that women seem to be disproportionately injured in car crashes. Statistically, 56% of our open car crash cases involve injured females. Anecdotally, it seems like we see more women suffer from long-lasting effects of concussions.  In many of our car accident cases, the husband is barely injured, while the wife sitting beside him suffers much more serious injuries.  It’s not just the attorneys at WilliamsFord who have noticed this;  a recent opinion column in the Washington Post cited disturbing evidence published by the NHTSA (National Highway Traffic Safety Administration) and the University of Virginia that while men are more likely to cause an accident, women are 73% more likely to be seriously injured.  The terrible news is that women are 17% more likely to die in a car accident than men.  Why is this? We all know that men are different from women, in many ways.  And some parts of our society promote gender equality. Unfortunately, gender equality is apparently not applied to safety design in the car manufacturing industry.

Believe it or not, the crash test dummies that are used to measure the effectiveness of car crash safety are male, not female.  That is, the dummies have male proportions and weight distribution. Thus, the car industry’s crash tests lead to safety designs that better protect males in crashes.  Yes, we have female crash dummies—they were developed long ago and have been tested for almost 15 years.  These female crash dummies are closer to a woman’s height and weight, and they have sensors in the face, pelvis, and abdomen to better replicate the unique differences in men and women’s physiology.  Sadly, while these state-of-the-art crash test dummies are available for use, the article points out that the NHTSA has not “approved” or “required” the use of female crash dummies.

At WilliamsFord, we represented a female client who suffered a displaced fractured sternum, which had to be reduced and set by an orthopaedic surgeon. The client had pain for months while her chest healed.  We often see females who have suffered fractures of the orbit (the bones around the eye in the face) because women sit closer to the steering wheel and cars are not designed to protect the face of a smaller female body during a crash.  Rib fractures are more common in women than in men due to safety design.  Severe ankle fractures for our smaller female driver clients are common—much too common. We do not see these same types of severe ankle injuries in our male crash victim clients.

We join in the authors’ conclusion that the data provided by advanced female dummies could have a positive impact on lowering the injury rate for women. Safety conscious design based on the date may cause design adjustments to seat belts, head rests, airbags, pedals and steering wheel placement. Let’s ask the government to use better means to determine the safety of vehicles and to design car safety technology that protects all drivers—children, spouses and siblings of these women more likely to suffer real harm in a car crash.